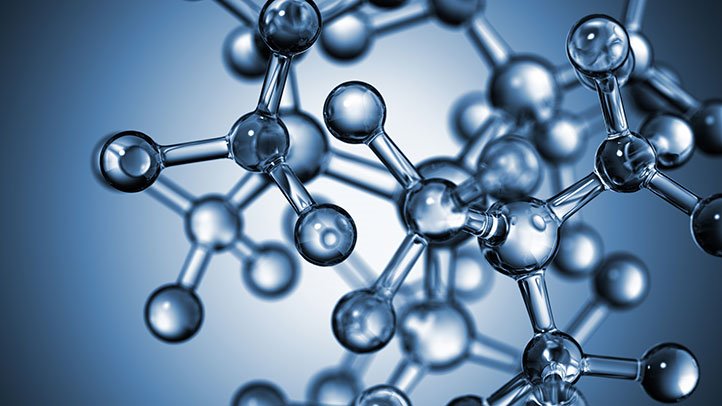 These are big proteins found in plants and animals.

They are a crucial weapon for controlling predators and maintaining the species. In fact, it’s all about survival. Every living being is endowed with this primary instinct of survival and transmission of its genes to new generations.

The most known lectin of the general public is GLUTEN.

Lectins are a defense system among others, and plants have an arsenal at their disposal.

Mechanism of attack of lectins

When the predator consumes a plant or a fruit, the lectins located in the seed, the skin, the leaves, or the bark, are fixed on the complex sugars (polysaccharide) present in the intestine of the consumer.

They also bind to sialic acid (a sugar molecule found in the intestine, in the brain, between nerve endings, in the joints and in all body fluids). Lectins are sticky, and actually gluten is a glue that sticks extremely well!

The lectins bind to these sugars and interrupt the communication between the cells. They also improve the attachment of viruses and bacteria to organs. This is probably why people who stop eating cereals, especially gluten, are less susceptible to viruses and bacterial infections.

Lectins, by their structure, can cause health problems, and promote weight gain.

Lectins seek to force tight junctions between the cells of the intestine. The intestine is very thin, a single layer of enterocytes is the barrier between the outside, and your privacy. They bind to receptors which results in the secretion of ZONULIN.

Zonulin then opens the spaces between enterocytes and allows lectins to access tissues, ganglia, and blood. They are then recognized as foreign to the body and trigger an immune reaction.

Lectins deceive the immune system and drive it to attack its own proteins. They are also able to bind to cell receptors to act as a hormone or to block one.

They block transmissions between cells by mimicking or blocking hormonal signals. Wheat lectin (called WGA for Wheat Germ Agglutinin) has a strong resemblance to insulin. It binds to the insulin receptor, just like the true hormone, except that it will remain on the receptor and therefore disrupt storage actions related to the presence, usually temporary, of insulin on the receptor. Receptors are constantly stimulated, with adverse effects: reduction of muscle mass, energy deprivation of brain cells, increased fat storage.

Mechanisms of defense of our intestines

The mechanisms of intestinal defense:
1- the first line of defense is the MUCUS, present in the nose, in saliva, its role is to trap the lectins, it is for this reason that the nose runs when we eat spicy

2-Second line of defense, GASTRIC ACIDITY, it ensures the neutralization of some of the lectins

3- Third line of defense: bacteria in your mouth and intestines. They evolve to destroy the anti nutrients that you ingest

4-Fourth line of defense: the MUCUS, produced by the intestines, acts as a barrier.

The defense system is relatively efficient, but the more lectins there are, the more likely they are to reach the cells of your gut.

WGA is not associated with gluten, it is rather in wheat bran.

WGA is a particularly small protein, and it can pass the intestinal barrier more easily than other, larger lectins.

1- WGA behaves like insulin, and it directs the sugar to the fat cells where it will be stored as fat, resulting in weight gain, and the development of insulin resistance.

4- WGA causes inflammation because it releases free radicals, which can also decrease the thickness of mucus in the intestine

5- It causes the production of antibodies, after cross reaction with other proteins

8- It interferes in DNA replication

10- It promotes the entry of viruses through the intestine.

11- It contributes to the development of nephritis

Vegetables also have lectins. The lectin level drops when the vegetable is mature. The issue today is many vegetables and fruits are harvested before maturity, to avoid damage during transport, to avoid rot, and to increase yield.

Some vegetables have very high levels and/or very strong lectins, even when cooked.

Our ancestors knew how to destroy lectins by cooking and fermenting, and consumed them much less than us.

Today, most people prefer to take medicine to fight stomach acid or Anti Inflammatories to reduce joint pain, rather than to stop eating what could make them sick.

Nutritherapy accompanies you in the choice of food and its preparation.

We tend to eat food that is more and more harmful and less nutritious.

In addition, we feed the animals we eat with corn and soy, which also make them sick, up to a point we must give the cows anti-acid drugs. Farmers have understood that corn and soybeans make their cattle fatter faster, even if they have to add calcium carbonate to their food, to avoid heartburn.

Our crops are full of chemicals biocides, grow sometimes without soil, and picked before maturity

In which foods do we find the most lectins?

Which foods are more acceptable?

All nuts and almonds except those above

I advise you to get closer to a health professional before embarking on this diet, which shall consider your personal health specificities.

In the last phase of the diet, you can reintroduce certain foods that were banned in Phase 2, by preparing them in a suitable way

I wish you a good health, really